Over the course of a page, the Timetricks supplement describes a theoretical concept called a Time Storm (two words):


A Time Storm is a series of completely random, unpredictable changes that could affect any number of Parallels, even intermixing people, things, and events among the Parallels.  To get some idea of what a Time Storm would be like, imagine a box of dry spaghetti.  Take the dry strands of spaghetti out of the box and lay them out, one next to the other, on the surface of a table.  You have a rough model of the Continuum now:  each strand of spaghetti is like a Parallel.   Now, imagine that you’ve cooked all those strands of spaghetti and dumped them in a heap on a plate.  That’s roughly what the Continuum would look like after a Time Storm.  And, just to make matters interesting, it is possible (at least in theory) that a Time Storm would never end; the tangling and mixing of people, things, and events from all Parallels could go on forever.

In 1986 – the year after the publication of Timetricks – Pacesetter released Timestorm™ (now one word).  At 96 pages, “Timestorm™ is a short campaign of six adventures, each one playable in an evening or two.”  The back cover admonishes, “These adventures are so tumultuous, so wild, and so deadly that we recommend you don't use regular Time Corps agents.”  Included with Timestorm™ are “eight ready-to-play heroes from the Corps' infamous 'Last Resort Division'. . .”  Timetricks describes this division:


The Interparallel Tactical Command for Temporal Realignment is the most exclusive, elite force in the Time Corps.  This division consists of 500 hand-picked agents recruited from throughout the Continuum.  Included in the division are the duplicates of some of the greatest heros [sic] from both history and literature in over 100 Parallels. . .
This division is reserved exclusively for two types of missions:  those that other agents have already tried and failed to accomplish, and those considered so dangerous, difficult, or both, that no other group of agents would have any chance for success.

With regard to the player characters provided in Timestorm™, we learn that “each one is a 'duplicate' of a hero or heroine from Earth's history.”  'Duplicate' in this sense means an analogue from a Parallel where the person had negligible influence on the timeline.  These characters are preferred for the Timestorm™ campaign in that each “has a special ability that PCs from the Earth Specialty Division do not have.”  Although eight characters are provided, “The optimum number of PCs is six.”  Half of the characters are male and the other half, female.  Here are synopses of the eight characters: 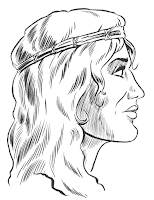 Boudicca
Presuming a lack of name recognition on the part of the consumer, the back cover informs us that she is “a Celtic warrior queen.”  In addition to Paranomal Memory (which all of the characters have), Boudicca has the Ignore Pain talent.  Her special ability is an “ancient Celtic battle cry,” which causes a single opponent to be terrorized if the opponent fails a Willpower check.  This ability can be used “against a given foe only once per encounter.”  Other than skills a Celtic warrior queen might be expected to have, Boudicca has the following skills at Master level:  Time Corps Stunner, Pilot, and Investigation.  (All of the characters have Time Corps Stunner and Pilot at Master level.) 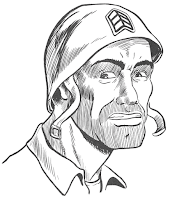 Sgt. Striker, U.S.M.C.
About Striker, we are informed by the first sentence of his description:  “a gung-ho sergeant from the U.S. Marine Corps in World War I, is an almost unstoppable human fighting machine.”  Actually, there are suggestions that Striker is a veteran of WW2 rather than WW1; he was born in 1905 and his Historical Specialty is “United States and Japan, 1805 - 1945.”  His additional talents are:  Ignore Pain, Paranormal Talent Detection, Parallel Identification, and Temporal Tracking.  When Striker suffers an injury in combat, he takes only half damage with a successful Luck check.  (His Luck score is 56.)

Amelia Earhart
Timestorm™ describes her as:  “One of the greatest pilots of all time.”  Actually, Earhart was not a great pilot; she was a capable pilot with a knack for self-promotion.  If I were choosing a team of adventures and the fate of the Continuum was on the line, I would be reluctant to select someone whose career ended as hers did.  Fortunately, there are alternate, contemporaneous aviatrices; to name merely three:  Ruth Nichols, Elinor Smith, and Pancho Barnes.  Earhart's special ability regards aerial combat:  “she can choose which side has initiative in a given round” and she has a +20 attack modifier. 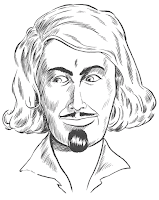 Robin Hood
“Since he is one of the greatest longbowmen of all time,” Robin can “fire two arrows at the same time” and he can “ignore completely the reload time required of other characters.”  His Longbow skill is 131, one less than his skill with Polearms or Swords.  (His Time Corps Stunner skill is 133.)  His Agility score is 80, which is the normal maximum, and his Dexterity is 78.  I can't find fault with Robin Hood, but I might be more inclined to select an archer with experience on a cosmic level; someone like Shen Yi.  If I had a concern with female representation in the party, I would consider Annie Oakley. 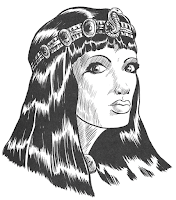 Cleopatra
We learn, “Egalitarian values seem unnatural to her, and even as an agent of the Corps, Cleopatra longs for days when she held power on an almost world-wide scale.”  For a more 'egalitarian' heroine, I would select Mata Hari or either of the Claflin sisters.  Anyway, Cleopatra's special ability allows her “to gain the special attention and favor of individual human males.”  Her Personality score is 80 and she receives +20 modifier when making a Personality check.  An “NPC male falls in love with Cleopatra” on a “C” result.  Her paranormal talents include:  Telepathic Probe, Significance Sensing, Adaptation, Telepathic Sending, and (somehow) Demorean Telepathy.

Merlin
This version of Merlin has adapted to technology since his recruitment by the Time Corps.  His skills include:  Computers, Demolitions, and Advanced Temporal Engineering.  Given that the Timestorm™ Introduction states that Advanced Temporal Engineering is necessary for the campaign, it would seem that Merlin is a requisite member of the party.  His special ability equates to three magic spells:  Dragon's Breath (projection of fog that Merlin and his companions can see through), Enchant Weapon (a melee weapon gains a +20 modifier), and Change Appearance (“This spell changes the appearance of one person or creature. . . [which] can be made to appear up to 50% larger or smaller than actual size.”) 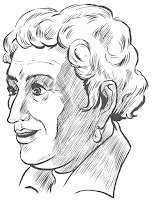 
Agatha Marple is a fictional personality “once removed.”  She arose from a spoof of the mystery novels written by Agatha Christie . . . who created the character Miss Jane Marple.  Unknown to Christie, Agatha Marple became part of historical reality on Parallel M-14. . .

Seriously?  Miss Marple?  The very Continuum is threatened and Miss Marple is on the 'Last Resort' team?  If Reality is about to be destroyed, I want a detective who can bust heads and take a punch; someone like Mike Hammer. 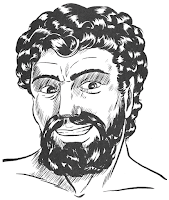 Hercules
The description for this character begins, “Hercules originated on Parallel M-7, a Parallel where T-0's Greek mythology is a part of historical reality.”  Of course, Hercules isn't part of Greek mythology; he's part of Roman mythology.  Just go with Roman mythology if you want to use Hercules; otherwise, use his Greek name – Heracles.  Anyway, “Hercules” has a Strength of 100 and a Stamina of 120.  The normal maximum for both of these abilities is 80.  Whether Hercules or Heracles, I would rather not leave the fate of the universe in the hands of someone who flipped out and killed his family.  Why not give other strongmen a chance?  Milo of Croton, for instance.

Email ThisBlogThis!Share to TwitterShare to FacebookShare to Pinterest
Labels: It's all Greek to me, Mark Acres, rant, Stephen Sullivan, Timemaster