Notice anything interesting about this painting?  Of course not.  Oh, it's competently rendered, even frameworthy in a we-should-hang-something-in-the-hallway sort of way.  But there's nothing interesting about it.  For whatever reason, this image was used as the cover of a fantasy role-playing game product.  The usual tropes are not present; no scantily clad barbarians, no slavering monsters, no exotic scenery, no inclement weather...nothing even remotely suggesting action.

The product was Questworld, a boxed set published by Chaosium in 1982 and presented as “9 Gateway Adventures for RuneQuest.”  RuneQuest was Chaosium's premiere role-playing game, the setting of which was founder Greg Stafford's intricate Glorantha.  Third party development of RuneQuest material was impaired by Glorantha's idiosyncracies and its “closed” nature.  Questworld was Chaosium's attempt at alternative setting for RuneQuest.  According to the eight page introductory pamphlet:


Questworld is intended to be an open campaign world for RuneQuest and its variants, and for the constantly-expanding Basic Role-Playing family.  Chaosium will minimally direct the development of this planet, intending it to serve as an example of an open world in the same way that Glorantha has been our example of a closed world.

'Basic Role-Playing', first published in 1980, was Chaosium's attempt at creating a universal role-playing system based on the mechanics of RuneQuest.  Originally 16 pages, the current edition of Basic Role-Playing is approximately 400.  At the time QuestWorld was published, other BRP games were Call of Cthulhu, Stormbringer and Worlds of Wonder, a boxed set with three 'genre' books:  Superworld, Future*World, and Magic World.

Although distinct from Glorantha, Questworld incorporated Glorathan creatures and deities.  Otherwise, Questworld was a blank slate – perhaps too blank.  Other than some geographical information and the adventures, there are no details.  No further Questworld products were published, either by Chaosium or third parties.  This suggests a lack of interest and/or a decision by Chaosium develop their licensed properties.  Contrary to the phrase on the side of the box (“Questworld means adventure!”), Questworld was a dead end.

Perhaps Questworld ought to have been packaged as a Magic World setting – completely divorced from – but compatible with – RuneQuest.  Instead of three adventure books, it could have included an enhanced Magic World rulebook, a setting book, and a book of introductory adventures.  With a fantasy setting more 'generic' than Glorantha, it may have been more appealing to players willing to entertain an alternative to D&D and thus be more successful.  Of course, a more exciting cover would have helped too. 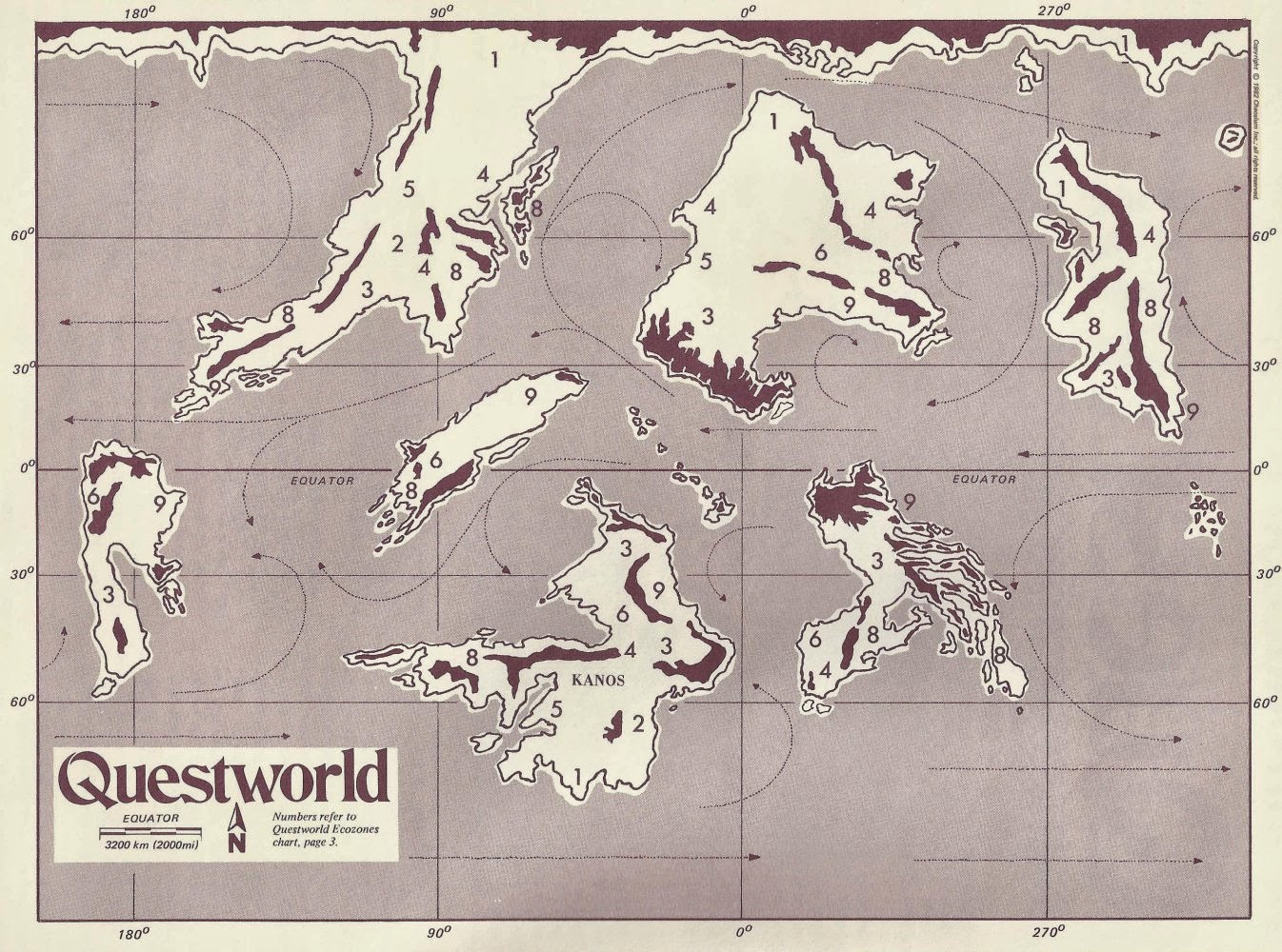 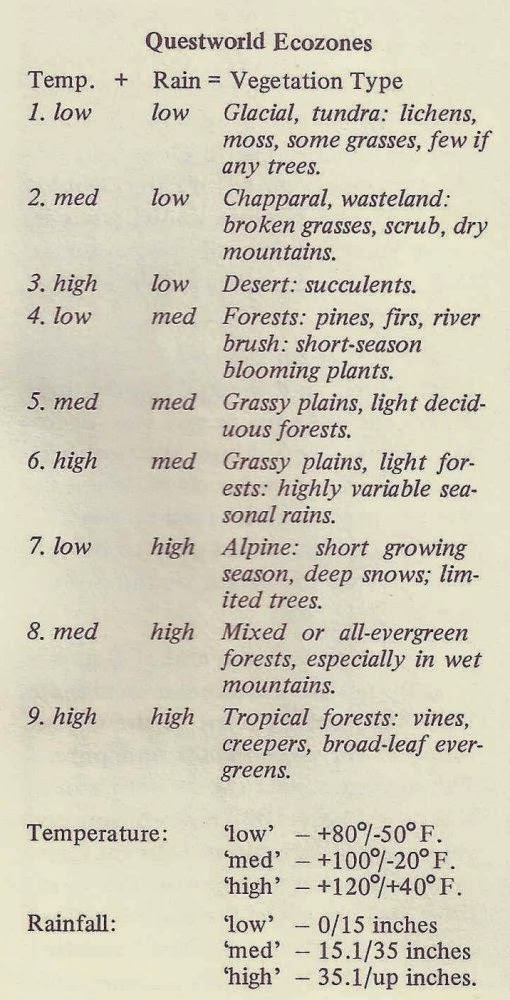 Posted by perdustin at 5:59 PM