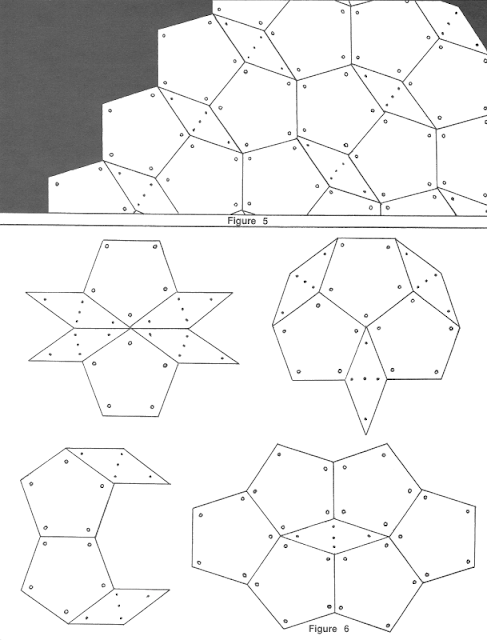 Eighteen years from now, in the world of the CYB✪RG C✪MMAND✪™ science fiction role-playing game, aliens will invade the Earth.


The entire invasion is controlled, directly or indirectly, by one “master race,” the existence of which is not initially known to Man.  Members of this race call themselves a term meaning “controllers of reality” in their own language, but to the commanders of the invasion force, they are simply “the Masters.”
A Master is a wormlike creature with trilateral symmetry.  An adult's smooth tapering body is 61 cm (2') long, 15 cm (6") wide at its thickest (uppermost) point, and topped by a bulbous head about 31 cm (1') in diameter.  Three sucker-like mouths and three eyes are evenly spaced around the head, and eighteen small tentacles protrude from the body, again evenly spaced and symmetrically located.  The creature's body masses about 41 kg (90 pounds), and has a total volume of 27,000 cc (1,650 cubic inches).

However, the entities that player characters encounter are called Xenoborgs.  “The Xenoborgs as a race are pawns of the Masters,” the Campaign Book states, “though they are not aware of this.”  Xenoborgs have no organs; instead they consist entirely of “X-cells” – which are capable of independent movement.  Immature X-cells are lozenge-shaped and mature X-cells have five sides.  By configuring their X-cells in various ways, Xenoborgs have a “shape-alteration ability.”

The graphic at the beginning of this post is page 42 of the Cyborg Commando Campaign Book.  Figure five shows a tessellation of four-cell tetrads; such tessellations “form most of the Xenoborg's body.”  Figure six shows cell groups that “are created to perform specialized functions, including those carried out by the organs of terran life forms.”  So, an entire page (out of a book of 64 pages) is taken up by two figures that exist only convey the concept that X-cells can fit together in different ways.  How does this better the game?  Is this supposed to facilitate immersion?  Perhaps they should have included diagrams of common Xenoborg forms and weapons – things that player characters would actually observe in the game.  At least the book defines various types of organelles like vacuoles and ribosomes – you know, important information every campaign needs.

The Campaign Book states that Xenoborgs resemble “giant-sized version[s] of the microscopic dust mite commonly found in households.”  For purposes of invading Earth...


Their forms had been selected, with careful consideration of Man's psychology, to resemble something feared by the entire race.  Some of the policy makers had favored the reptilian form, but that idea was discarded – primarily because the myths of Man indicated repeatedly that humans always defeated the dragons, and dinosaurs were laughable.  A demonic form was almost used, but finally voted down because of its utterly imaginary origins, and also due to the popularity of a role-playing game in which such beings were routinely encountered and destroyed.  No, a perversion of reality was considered best; a deadly extrapolation of a normal creature, known to peoples of all social, economic, and political climates.  The attacking troops were made to resemble insects – but larger, more horrible, and far more dangerous.

The smallest Xenoborgs are 4.5 meters (or yards) long and 3.1 yards (or meters) high and wide.  Xenoborgs increase in size as they increase in rank; 'colonel' Xenoborgs are 7.1 yards (or meters) long and 4.6 meters (or yards) wide and high.  The Xenoborg Emperor has a size of “about that of a large building, roughly 450,000 cubic feet.”  We are told that, “All X-cells not dedicated to specific functions take part in communications exchanges and interactions – thoughts which, though slower than human thoughts by an order of magnitude, are nevertheless just as effective and intelligent.”  Thus, larger Xenoborgs are more intelligent.

From page 36 of the Campaign Book we learn:


Though the aliens do craft and use devices of various sorts, they do not rely primarily on inanimate objects as tools.  Instead, the create genetically engineered beings to perform various tasks, because life forms provide maximum diversity and adaptability.

Xenoborgs have power sources which are “part plant, part animal” and are “known by a name which translates best as 'Powwers.'”  Seriously?  “Translates best as” 'powers' with an extra 'w'?  In the words of the late General H. Norman Schwartzkopf, I call bovine scatology.  Are we supposed to stress the second syllable in order to distinguish it from the usual 'powers'?  I would accept something along the lines of 'Ergmod,' but 'Powwers' is just dumb.  “Similar in principle (though not in practice) to Earth's electric eel, a Powwer stores energy and releases it...[when] carefully stroked and prodded in a certain way...”  (ahem)


...are multi-purpose creatures with many abilities.  Generally, they are the mounts on (and occasionally in) which Xenoborgs travel, not only on land, but also through water, air – and even space.  Teleborgs can thus be divided into four basic categories according to their use...
Reproduction is accomplished by budding.  Weight at birth is about 50 kg (110 lb) within a volume of 57 liters (2 cubic feet), but the creature quickly grows to full size is sufficient nutrients are available.  That density, about 877 grams per liter (55 pounds per cubic foot), is maintained by all the specie of this race, whatever their eventual sizes and shapes...

Some Teleborgs can function as supply bases.

Lastly, there are Bugborgs (or 'buglies').  However, less than a paragraph is devoted to Bugborgs.  “They comprise the aliens' major response to the rise off the CC Force,” page 47 of the Campaign Book indicates, “arriving about 8-12 months after the invasion.”


The Introduction to the CYB✪RG C✪MMAND✪™ Campaign Book explains, “This rules set demands your creativity.”  (It's a shame it didn't demand the creativity of the designers.)  Yet, “Fantasy is discouraged...”  For instance, “the speed of light is an absolute limit.”  (Except it isn't, as explained below.)


The emphasis throughout this game is on hard science.  The details of the future setting have been realistically extrapolated by logical means from the current (1980s) world.  With respect to the setting and the characters described in this game, every detail may someday become reality.  (original emphasis)

(Yes, the writers felt compelled to indicate the “current” decade.)  Of course, “hard science” extends to 'brain-in-a-jar' technology and “psychogenic” abilities like telepathy and psychokinesis.  Extraterrestrials and galactic travel, however, are “assumptions.”  Nonetheless, “such things are at least possible, even if not likely.”

Four pages of of the Campaign Book are devoted to “Q-Space Travel,” the method by which the extraterrestrial invaders reach Earth.  In the original Traveller – a game where player characters actually engage in interstellar voyages – the particulars of the jump drive are described within a single paragraph.  This is because such details are unnecessary to play the game.  The four-page “Q-Space” section includes a half-page appendix with “Formulae relevant to the discovery, description, and use of Quantum Space.”  Said appendix begins...


Warning:  The actual derivations of the formulae are not given here; after all, Man has not yet discovered them.  This section does, however, gives the tools that will be used in the forthcoming discovery.  Feel free to attempt the derivations if you are both mathematically creative and also quite familiar with tensor calculus.

Seriously, why even bother?

The Introduction in the CCF Manual lists three “discoveries” that have had an effect on civilization similar in magnitude to transistors and personal computers:


Superconductivity:  Finally made practical, this basic principle changes the nature and use of electricity itself, and thereby all electrical devices on Earth.
SINC [Sub-cranial Interface & Neural Converter]:  This device is a direct interface through which brains and computers can be directly connected.
Psychogenics:  This new science results from a hard, critical look at ESP and the occult.  The real and provable has been separated from the fantastic and imaginary.

There are also helpful footnotes, such as:  “Fifty percent or more of the Mazatlán metro area consists of specialized high-tech facilities with minimal resident personnel.”  Although population is diligently recorded for hundreds of cities, Game Masters are evidently supposed to “accurately calculate the population of any area...”  To this end, there is a two-page “Population” section.  This section includes five tables that provide data about, for instance, average annual growth rates.  Curiously, the “Population” section is immediately preceded by an exhortation for players to use the Metric system – “...you'll love how simple it make things.”  This is strange in that simplicity does not seem to have been a design goal for this game.

Figuring population is not a final step.  The game begins after extraterrestrial invaders have decimated humanity.  As such, near the end of the Campaign Book, there is a two-page Depopulation Table.  In conjunction with some dice rolls, a Game Master can determine the post-invasion population of a given area.  This is important because population “has a direct effect on the available resources of food, water, and technology.”  Perhaps the authors were saving the formulae for these 'direct effects' for inclusion in the anticipated (but never published) second set of rules.

According to the Players' Adventure Notes:


The political geography of the world is quite as important as the physical in shaping the history of Man.  The boundaries and governments are thus major factors in the campaign game, and must be dealt with in due course – perhaps not in your early games, but certainly in the long run.

(Then why include all of this information in the initial set?)  In 2035, some nations have combined, yet several islands have become independent countries.  For instance, “many islands of the Mediterranean (including Corsica, Sardinia, and the Balearics, but not Sicily) joined to form Tyrrhenia.”  In any event, the world's nations are divided among “five large territorial blocs,” often referred to as “the Five.”  The five blocs are supposed to “regulate international dealings only.”  However,


The Five had commissioned the creation of a new international language called Terran, to be used for all international affairs (including world government).  A global standard in 2035, the language is a blend of English, Russian, Chinese, Spanish, French, and a smattering of other tongues.

Bloc governments “pay all the costs of basic education” (whatever 'basic education' is supposed to entail) as long as “The teaching and regular use of both the national language and the Terran (international) language was required, and a top priority.”  It's nice that the reader is reminded that Terran is the international language five entire sentences after first being told.  Unfortunately, no additional information is provided about this language.  What about the written form of Terran?  Is there any accommodation for Cyrillic script?  What system is used for conversion of Chinese:  Wade-Giles, pinyin, or – dare I hope – IPA?  How am I supposed to take this game seriously when it missed an opportunity to disgorge even more pedantic, useless details?

Posted by perdustin at 7:58 PM No comments: