Powers and Magic in Everway 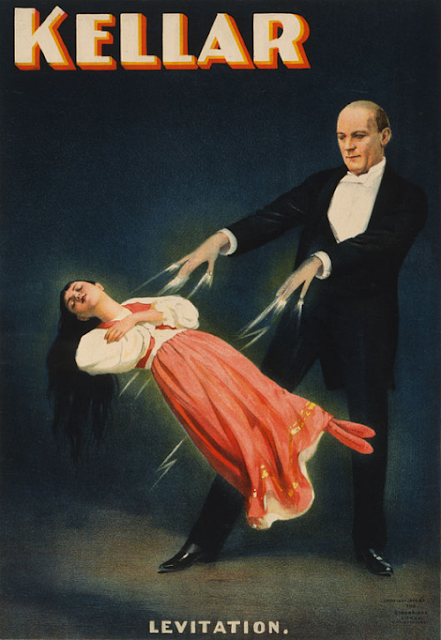 In Everway, all player characters (i.e., “heroes”) are spherewalkers.  The Playing Guide asks, “What makes someone a spherewalker?”

Those who are sensitive to mystical things (in game terms, those who have high Water scores) can open the gates and walk the paths between spheres.  A few other people who aren't particularly sensitive also can open and travel the gates.  Different people have the ability for different reasons.  Those with even a little blood of the deities can usually spherewalk, as can those sent on missions by their deities, those who have been given special gifts by spirits or faeries, those conceived or born at propitious or magical times, and so on.  Often no one knows what makes spherewalkers able to travel the gates, not even the spherewalkers themselves.

Heroes can have “magical, psychic, or unusual Powers.”  For the most part, Powers have a cost in elemental points.  Therefore, purchasing Powers will limit the hero's combined Element scores.  Technically, the Powers Stage occurs before the Elements Stage.  The cost of any given Power is determined by three factors:  versatile, major, and frequent.  Each factor that applies to a power costs one point.  If a Power has numerous effects, it is versatile.  If a Power “has a big effect, especially on another character,” it is major.  A frequent Power is “something that often makes a difference in play.”  Example Powers are presented in a number of categories.

Examples of 'Healing' Powers include Fast Healing (1 point; frequent) – “The hero recovers from physical wounds seven times as fast as normal” and Instant Healing (2 points; frequent and major) – “no wound lasts for more than a few seconds [but] ...A blow that kills the hero instantly, however is still fatal.”

Examples of 'Immortality' Powers include Unkillable (2 points; frequent and major) – “The hero cannot be killed, though he or she can still be hampered by wounds, sickened by poison, knocked down by blows, weakened by disease” etc. and Invulnerable (3 points; frequent and twice major) – “The hero cannot be wounded or poisoned by normal means, though he or she can still be struck down by forceful blows, knocked unconscious from lack of air, or killed by hunger or thirst.”  As can be seen, the 'major' factor can be doubled, costing an additional point.

Examples of 'Persuasion' Powers include Winning Smile (0 points) – “The hero's smile... helps the hero stand out and may make some people more favorable disposed toward him or her” and Charming Voice (2 points; frequent and major) – “The hero can win the affection of those that he or she can talk to at some length.

'Priestly Powers' include Priestly Rites (2 points; major and versatile) – “The hero can lead worship services and divine ceremonies to channel energy” and Invocation (3 points; frequent, major, and versatile) – “The priest or priestess, apart from any worshipping congregation, can invoke the power of deities.”

Examples of 'Visions' Powers include Glimpses of the Future (1 point; major) – “During times of stress, the hero gets visions of the future” and Mystic Eye (3 points; frequent, major, and versatile) – “The hero can concentrate to gain visions of the future, of times past, or of distant places.”

Powers can also be purchased to allow a hero to guide others while spherewalking; to guide a group is a 1-Point Power, to guide “large contingents” is a 2-point Power.  Otherwise, a hero needs a high water score to lead others:  6 – one or two people, 7 – a group, 8 or more – “large contingents.”

As Winning Smile suggests, there are zero-point Powers that are neither frequent, major, nor versatile.  Other examples of such Powers include Friend to Water (“The hero can breathe water”), Horse Friend (“The hero befriends horses automatically”), and Phantom Musician (“The hero can make a musical instrument play by itself”).  Each hero is entitled to one such free Power.  Each Power after the hero's free Power costs at least one point, even it if would be a zero-point Power.

The Magic Stage follows the Elements Stage.  Similar to purchasing an element score, to have Magic, a hero spends elemental points to develop a Magic score.

There are various 'types' of magic (e.g., paths, schools, arts, styles, and traditions).  Each magic-using hero has a single type.  The rules provide four example types, but players can “invent” their own.  Each type is linked with one of the elements, but a mage cannot have an element Specialty that is magical.  A hero's Magic score cannot exceed his or her score in the linked element.  Additionally, the Magic score of a beginning character cannot exceed seven.

Examples of what a Magic score indicates are...

1 Apprentice:  A beginner, capable of both modest tricks and catastrophic mistakes.

3 Average Mage:  A humble practitioner with some impressive powers in his or her area of specialization, but not one to tackle great magical challenges.  A town of a thousand people might have one such mage.

6 Mighty Mage: The mightiest living mage that most people have ever heard of; a master of magic.  A realm of a million people might have one such mage.

'Flux' regards transformation.  Example levels include:  1 – Alter minor features on small objects, such as making a pebble smoother; 3 – Alter minor features, such as aging milk, freshening air, fortifying wine, weakening rope, and rusting metal; 5 – Alter an average hero's features, such as height or race.  We learn, “the effects of this magic last only a short time, usually about a day.”

'Soil and Stone' regards healing and wards.  Example levels include:  1 – Aid the ill; 3 – Counter diseases or ward an individual against a particular danger or magic; 5 – Counter curses or let a mortally wounded person recover (slowly).  We learn, “this magic works through physical contact, especially with the hands.”

'Open Chalice' regards empathy and communication.  Example levels include:  1 – Sense strong energies; 3 – Call and channel spirits with varied success; 5 – Neutralize petty negative energies or communicate nonverbally with plants or call and channel spirits with facility.  We learn that “taste and smell are the physical senses ruled by water, this magic sometimes uses magic drinks, smoke, incense, or other aids.”

Posted by perdustin at 9:35 PM No comments: