Everway provides a dozen pre-generated characters, complete with backgrounds, descriptions of magic and powers, possessions, and even “questions for development.”  Without further ado. . . 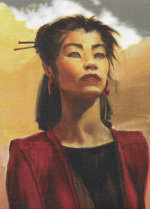 Amber is a weretiger from a village of weretigers.  She was exiled after helping humans from other villages and now she travels among the spheres using “her powers to right wrongs, correct the injustice, ad protect the innocent.”  Other than being a weretiger, she has the powers of 'Silence of the Hunter' (“When stalking her enemies. . .Only those with special senses or a strong Water scores can sense her”) and 'Resistance to Death Magics' (“Magical abilities that specifically kill instantly only incapacitate Amber. . .”). 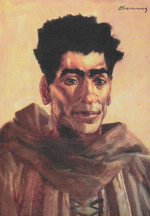 Chance inherited some abilities from his father, who was a wandering warrior.  He left his village to become a mercenary, but stopped when all the fighting became too much for him. . .”  His powers are 'Berserk' (“His strength and endurance increase [in combat], but he becomes completely lost to reason”) and 'Inured to Pain' (“Chance endures physical pain easily”). 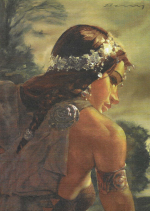 Growing up, Clarity was an apprentice to a bard.  Eventually, she discovered that she was a spherewalker.  Now she travels “among the worlds, learning songs and poems and sharing them with others. . .”  Her powers are 'Ravenform' (“Clarity can take on the shape of a large raven at will”) and 'Perfect Memory of the Bard' (“Clarity can remember everything that she was trained to perform or learn as a bard”). 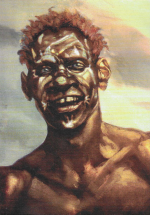 Cleft has five points of 'Soil and Stone' magic, appropriately associated with his Earth element.  Cleft uses his magic for healing.  “His touch can ease pain, stop bleeding, and keeping a wound clean. . .[as well as] cure diseases, neutralize poisons, lift curses, and banish malignant spirits.”  Among other capabilities, “With great and constant effort, he can prevent a mortally wounded person from dying and nurse that person back to health.”  With his power of 'Earth's Surety', “Cleft is almost impossible to knock down” if he is standing on “living, level earth.” 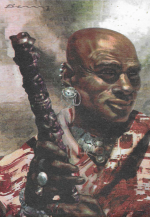 Detritus has decided to explore “the spheres for the rest of his life, compiling what he hopes will be a comprehensive book about past civilizations.”  His powers are:  'Rune of Lurking Unseen' (Detritus has a stone that allows him to become invisible as long as he doesn't move or make a sound), 'Ancient Gesture of Clarity' (He “can dispel magical illusions”), 'Invulnerable Sphere of Infinite Sound' (“This crystal can. . .make any manner of sound, as loud as thunder or as quiet as [a] mouse's sigh”), and 'Illuminating Clap' (“With a clap, Detritus can illuminate the area around him with a gentle glow”). 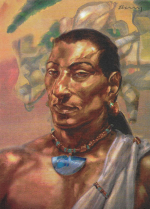 Fireson – Jonathan Tweet's own character – was “banished from his homeland” after he “offended his deity.”  Now he “wanders the spheres, hoping for a way to regain his deity's favor. . .”  His powers are:  'Priestly Rites' (“Fireson can channel divine energies and the energies of worshipers through powerful rituals”), 'Sweat Fire' (“Fireson can cause flames to come forth from his skin”), and 'Friend to Fire' (Heat “neither pains nor harms him”). 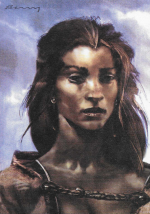 A water priestess was held captive by an evil wizard.  The priestess died giving birth to Opal.  When Opal grew to adulthood, she beheaded the wizard using a pair of “bird claw gloves.”  The gloves allow her to “grasp with great strength and endurance.”  Opal also has the power of 'Persuasion' (“Because of her strong intuition about people, she is very effective at manipulating them”). 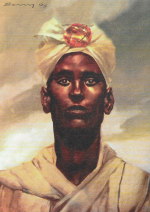 “After defeating his master in a contest of magic, Praises Be. . .set out to explore the universe and test his abilities against the challenges to be found among the infinite spheres.”  He has six points of 'Words of Power' magic, associated with his air element.  With this magic, he “can compel a spirit to obey him, kill an average person, or force a group of people to back away.”  Additionally, he can use his magic to conduct rituals as well as “inscribe objects with magic words. . .”  Praises Be also has the power of 'Universal Reading'. 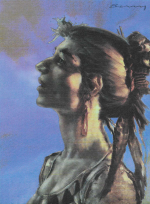 “Puma is a hunter, the only known survivor of an earthquake that killed her people when she was eighteen.”  She has the powers of 'Speak to Animals' (“Puma can speak to and understand all animals”) and 'Cat's Leap' (“Puma can jump fifteen feet straight up from a standing position”). 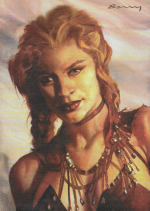 Serenity's maternal grandmother was a troll.  She taught Serenity magic and gave her the secret name “Farbright.”  Serenity has five points of 'Flux' magic, associated with her fire element.  She can use this magic to “transform people and things. . .through her concentrated gaze.”  Such transformations are temporary and relatively minor.  She also has the 'Troll Friend' power:  “Trolls (and other earthy, magic beings) generally take a liking to Serenity.”

Shadowblade Dragonseeker of the Clan of the Spirit Mountain 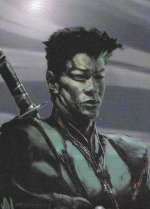 Shadow was “a spy [for] a noble house. . .” who performed “a delicate, dangerous, and ugly deed. . .”  Freed from further obligations to the nobles, “Shadow has set out to learn about life's deeper mysteries: beauty, love, family, awe, worship, friendship, and sorrow.”  Wearing “shadow gear,” he “can blend into shadows and become invisible.”  Shadow is also a 'Weaponsmaster' (He “can use any sort of mundane, handheld weapon without training...”). 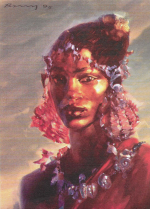 Due to a mishap as a child, Whisper became “sensitive to the world of spirits.”  She has four points of 'Open Chalice' magic, associated with her water element.  Whisper can use her magic to sense energies and become possessed by spirits.  Her “Soul's Wall of Stone” is a “psychic barrier.”  Whisper also has a power called 'Vision of the Departed Spirit' (She “can tell by sight whether a person is awake, unconscious, or dreaming”).

Posted by perdustin at 10:26 PM No comments: