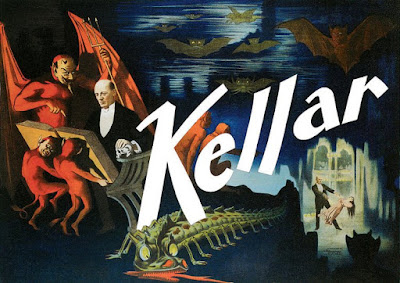 As mentioned previously, DragonRaid did not find much favor in the Christian community, despite the fact that game's primary intent is to promote Christian growth.  Opposition to the game was seemingly due to the inclusion of “magic.”  The sentiments of anti-D&D spokesperson Sharon Sipos were presented in a 1986 newspaper article:


Sharon Sipos, a Chesterfield County housewife and mother of two who has spoken out against the game on about 30 radio and television programs throughout the nation, believes D&D is not merely a game, but an "alternate lifestyle." Mrs. Sipos said she is engaged in "a spiritual battle," led by the Lord.

She is opposed not only to Dungeons & Dragons, but to all fantasy role-playing games, including a "Christian" version of D&D called Dragon Raid. She said Scripture is used as magic in that game, which she believes is associated with the occult.

Unfortunately, since we don't have exact quotes from Mrs. Sipos; we must assume that the article's author accurately conveyed Sipos' meaning.  Alas, the “spiritual battle” faltered as D&D encroached upon popular culture during the past three decades.  Role-playing games are no more of an “alternate lifestyle” than golf and Christianity is not incompatible with D&D.  I noticed that the Christian Gamer's Guild had a booth at Gen Con this year.  (Maybe it's a regular thing, but this is the first year I noticed it.)

Sipos was correct when she said that DragonRaid uses Scripture as magic.  Players can recite bible passages which cause effects such as  starting a fire or temporarily increasing a character's attribute.  For instance, Ecclesiastes 11:1 (i.e., “Cast your bread upon the waters...”) gives a character “enough food for one day.”  To be clear, this is not “real life” magic.  In a flyer/letter included with the boxed game, DragonRaid creator Dick Wulf wrote:


It's good to memorize Scripture.  You never know when you'll need to recall God's truth.  Though scripture always works powerfully, it does not work magically in real life.  In DragonRaid, however, Bible passages sometimes have mysterious effects in order to create a fun incentive for memorizing scripture.  This means when your character says a verse or passage from the Bible by memory, the OverLord provides help.  It is in no way meant to encourage the study or practice of magic.  Using magic in any way, for any purpose, is absolutely forbidden (see Deuteronomy 18:10-12).

In addition to creating a magical effect, a successful recitation of a WordRune provides the character with “maturity units,” a form of experience points.  Typically, Sword of the Spirit and the requisite attribute each get one maturity unit.  Once twenty maturity units are collected, the applicable rating or attribute increases by one step.  Maturity units can also be earned by completing adventures; however, characters can also lose maturity units by “being caught in a dark creature sin enchantment” or “by being disobedient to the OverLord.”

All DragonRaid players are expected to use WordRunes.  Of course, the main purpose of the WordRune mechanic is to help the players become better Christians by memorizing Bible verses (thereby, one supposes, understanding them and applying them to real life situations).  Yet this is a mechanic where the character benefits from the player's effort – not due to role-playing or rolling dice or even spending narration points (or whatever).  Imagine employing this mechanic as the standard means of spellcasting in some other role-playing game.  The Bible need not be used, but the text should be appropriately atmospheric.  (I would consider using the works of William Blake – spiritual without being oppressively religious.)  Any character would be capable of magic, but only if (and to the extent) the player worked to memorize and recite the material.

Posted by perdustin at 8:53 PM