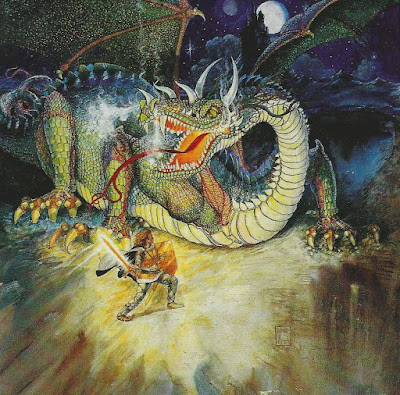 LightRaiders (i.e., player characters in DragonRaid) have ten Character Strengths (listed here).  There are also abilities derived from these strengths.  All LightRaiders have Courage, Endurance, Hope, Knowledge, Listening, Quiet Movement, Vision, Wisdom, Evade Enemy, Recover From Injury, and Resist Torturous Investigation.  “Wisdom,” for instance, “gives men good judgment in determining a course of action.”  On the other hand Knowledge “consists of understanding gained by experience, as well as the amount of information gathered over one's lifetime.”  A character's knowledge 'level' is determined by finding the average of Joy, Patience, Goodness, and Faith.

Extrapolating the “Fruit of the Spirit” to concepts like physical capabilities and weapon use is an arbitrary exercise.  For example, Vision is determined by finding the average of Patience, Faith, and Hope; Listening is figured by adding Patience and Self-Control to twice Peace and dividing the total by four.  A derived ability only improves to the extent that its constituent 'strengths' increase.

There are also elective abilities of which each LightRaider is allowed to have three.  Among these are abilities that allow a character to use certain weapon types:  Battle Axe, Military Fork, Spear, and War Hammer.  A character has an Ability Level of 1 for any of these elective abilities “not specifically chosen.”
It is evident that some of these abilities substitute for actual role-playing.

By meeting certain requirements, a LightRaider may adopt a special role, most of which grant useful benefits.  For example, a character with sufficiently high scores in Endurance, Righteously Mingle With Evil, Hatred Of Evil, and Self-Control can become a member of the OverLord's Guard.  It is assumed that starting characters will not have special roles but given the random nature of character generation, the possibility exists.  One assumes that a character can only qualify for one special role at a time; however, this is not expressly mentioned.

The special roles are as follows:

Posted by perdustin at 3:52 PM